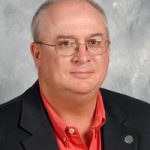 Kudzu and You – The Good, the Bad, the Ugly!

John D. Byrd, Jr. was raised on a small cotton and tobacco farm in South Carolina. He learned the importance of integrated weed control using a hoe as an adolescent. He received a B.S. in Agronomy from Clemson University, and M.S. and Ph.D. degrees in Weed Science from North Carolina State University. His real education began 25 years ago when he was hired as the Extension Weed Specialist for agronomic and horticultural crops and non-cropland at Mississippi State University. His research efforts primarily focus on vegetation management on highway and utility right of ways, forage crops, and terrestrial exotic, invasive weeds of natural areas. He currently has 4 grad-uate students and has served on committees of 84 additional students. He has authored or co-authored 83 Extension publications, 186 abstracts, 29 refereed journal articles, right-of-way training modules for pesticide certification, WSSA’s herbicide resistance training modules for rights-of-way, and two book chapters. He has served as President of the National Roadside Vegetation Management Association, Mississippi Weed Science Society, and Mississippi Association of County Agricultural Agents. He has served on the Board of Directors for the Weed Science Society of America, Southern Weed Science Society, and the Mississippi Vegetation Management Association.

by Martha Garner The June picnic was great. We had a wonderful time with everyone-especially our eight guests. A Big Thank You to our Hospitality Committee: Ann Hopper and Dawn Bain. The food was very tasty and the flowers were beautiful. Also a Thank You to J J James who assisted the Hospitality Committee. This was our first year for Corky’s BBQ, please give feedback to any Board member as we may do this again. There was some confusion about June being a plant exchange month, I am sorry for the misunderstanding. Our next plant exchange is at our October meeting. The Board is looking for members to serve on three committees: the Website, Nominating, and Membership Committee. If you want this organization to move forward we need members to volunteer. The Board is trying to develop a committee structure so one person doesn’t have to do all the work. Please let me know if you are willing to serve. Also a Thank You to my husband John for working the membership desk for the June meeting. I need a volunteer to work the membership desk for the July 11th meeting. Have a great Independence Day! Martha Garner, President

Blast from the Past

Excerpts from the MHS Horticultural Notebook, July 1983 Begonias by Terry Lowery Begonia is the most important genus in the family Begoniaceae. It consist of some thousands of horti-cultural hybrids and varieties, in addition to an estimated 1,000 natural species. They are found in na-ture in South and Central America, though many are native plants of India and other tropical and sub-tropical countries. The begonia makes up the largest genus suitable for indoor culture and is invaluable as a houseplant for the greenhouse or for filling flower beds. In countries such as Africa, Asia, and South America it is used to prevent scurvy by eating the leaves of native plants. Various species are also used in salads, and some of the rhizomes are valued for their astringent properties and have been used to prevent high temperatures. Linneaus confirmed the name Begonia in 1724, but the originator of the name was Father Plumier who wished to honor Michael Begon (1638 – 1710), an administrator in the French West Indies and Canada, who was an amateur botanist and a great collector of plants. The history of cultivation of begonias outside their native land dates to 1777 with their introduction into England. Early begonia introductions into the United States are less well recorded, but it believed they were brought to the United States within a very few years of their appearance in Europe. The American Begonia Society, established in 1932, gave direction to collection begonias. It has been suc-cessful in stimulating interest and meeting the needs of enthusiasts through its meetings, publications, flower shows, sponsorship of plant collecting expeditions and other promotions. ………….. Begonias are basically free of disease with faulty watering being their biggest culprit. being so easily propagated and in so many ways, anyone could establish their own collection of begonias. (Terry Lowery was Grounds Horticulturist for Memphis State University and a MHS member.)

Among many others, July is National: Horseradish, Hot Dog, Ice Cream, Watermelon, Irrigation and, Women’s Motorcycle Month. It’s also Take Your Houseplant for a Walk and Nude Recreation Week. And finally, July 13 is Disgruntled Workers’ Day Only John Hancock and Charles Thompson signed the Declaration of In-dependence on July 4th. Most of the others signed two days earlier on July 2, 1776. John Adams and Thomas Jefferson both died on July 4, 1826. Abraham Lincoln signed the first income tax into law on July 11, 1961. Tax: 3% of $600 – $10,000 and 5% of any amount above $10,000 The first postage stamp was issued on July 1, 1847. The 5-cent stamp featured Benjamin Franklin, and the 10-cent had Washington’s image. On July 8, 1958, a tsunami created by a 8.3 earthquake in Latuya Bay, AK, was 1,700 feet high. By comparison, the Willis Tower in Chicago is 1,450 feet high.

The hum of bees is the voice of the garden. —Elizabeth Lawrence
A break in the heat away from the front no thunder, no lightning, just rain, warm rain falling near dusk, falling on eager ground steaming blacktop, hungry plants Thirsty, turning toward the clouds cooling, soothing rain splashing in sudden puddles catching in open screens that certain smell of summer rain. —Raymond A. Foss, "Summer Rain"
The violets in the mountains have broken the rocks. —Tennessee Williams
The summer night is like a perfection of thought. —Wallace Sterene
Flowers are wilting My enthusiasm, too Only weeds survive. —Gaia Garden
← June Newsletter 2017 August Newsletter 2017 →
Share on Facebook Share
Share on TwitterTweet
Send email Mail