Thanks to our Members, Our Meetings are Events! 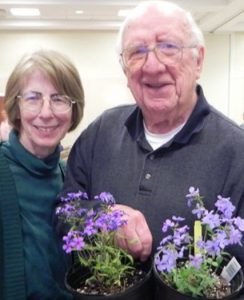 Thanks to ALL of the members who brought food and plants for the April meeting! 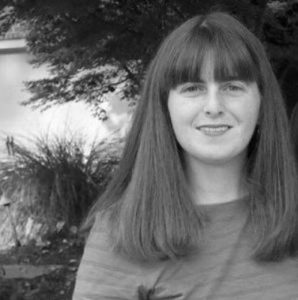 Our May speaker, Hannah Underhill, is a young Memphian and garden enthusiast who captures the gardens, flowers, butterflies and bees on a weekly basis at the Dixon and Memphis Botanic Gardens – with a camera! She produced the video of the Butterfly Conservation Exhibition that the Memphis Garden Club featured in their Award Winning 2016 show.

From her work in the garden, she has researched the names and habits of the wildlife she captures and will offer the Memphis Horticulture Society a visual romp through our public gardens in Memphis. Hannah is a certified LPGA Golf Professional in her professional life, but we will see her delight in the garden world. You can follow her on social media at:

May meeting: May 2, in the Goldsmith Room at the Memphis Botanic Garden, 6:30 pm

Please bring a friend and a dish and to share with members and friends!

Hello to all our members of the Memphis Horticultural Society, what a great group of people. Our April meeting was very successful with over 80 members present. We tried something new for our plant exchange. It was a true “exchange”. I think it went very well. I would like our members to give feedback on the format. If you enjoyed it, we will do the same in October. Also, we changed the seating for the meeting, with everyone sitting on one side of the room, viewing one screen.

Our new member directories are ready for pick up at the next meeting. A special Thank You to Emelia Miekicki and Susy Askew for their hard work to make our directories’ great. A quick note on my first visit to the Philadelphia Flower Show: what a great experience. We had a snow storm but we were smart to stay at the Marriott that had a Sky Bridge to the Flower Show without going outside. I recommend the Garden Tea at the show. The theme of the Flower Show was Holland, Flowering the World, what wonderful Tulips. Its best to go after 5pm to avoid the crowds. I also was able to visit Longwood Gardens to see their orchid display. I am looking forward to the June picnic. The Board is looking at ways to change and improve the event.

Coming soon: One Stop Garden Spot Calendar on the Memphis Horticulture Society website. Our new member, Kim Halyak, is going to be the chairman in charge of compiling information to be placed on our website so all members can find any garden activity that they may want to check out.

Blast from the Past

Barbara Taylor Grasses, Graminaeae, represent the most important plant family on earth, since they produce all the cereal grains. The ornamental grasses are a group of plants which have only recently become popular, and we are finally seeing more of their use in both private and public landscaping. The German nurseries have been growing grasses for years, and many plants we plant here came from them.

Grasses are used as specimens, for massing, and screening. Each grass has its own character. They offer textures unlike anything else in a garden, and either compliment or are complimented by other plants. The flowers are used for indoor winter bouquets. Flowers of some grasses go through different color changes which add to their interest. Some flowers open with exact timing. Grasses are most admired during the flower display, generally late summer or early fall. The seeds assume many sizes and shapes. Plants can also make rustling sounds that the breezes create passing through the foliage which adds another dimension to the garden. In strong winds, these grasses bending over create dramatic “moving” features. In winter, grasses are exciting because the dried plants persist until late winter. The only time they are of no interest is in early spring.

The best grasses for the garden form tight clumps, rather than spread, but it depends on the plant usage. Most varieties require full sun and good drainage. The wind is used for the pollination of flowers, Grasses do not need pruning during the growing season, they only grow so tall and get thicker. Large plants should be cut down each winter. Grasses benefit from an early dose of high nitrogen fertilizer. They are commonly propagated by division and seed.

“Horticulturally, the month of May is opening night, Homecoming, and Graduation Day all rolled into one.”

“April is a promise that May is bound to keep”

“The world’s favorite season is spring. All things seem possible in May.”

“If it’s drama you sigh for, plant a garden and you’ll get it. You will know the thrill of battle fighting foes that beset it. If you long for entertainment and pagentry most glowing, plant a garden and this summer spend you time with green things growing

“Spring – an experience in immortality