The History of Ornament in Gardens 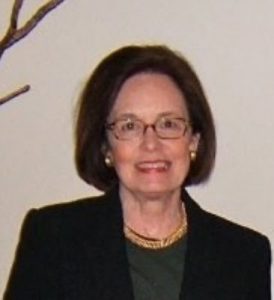 Barbara is a graduate of the Harvard University Graduate School of Design, with a Masters in Landscape Architecture.

She has been in Memphis since 1963. She is married to Roy Keathley, has two children and two grandchildren.

Please bring a friend and a dish and to share with members and friends!

March’s First Ever Rare Plant Sale was an outstanding success. We had over 60 plants to be auctioned and every plant was sold. We are still working on the numbers from the plant sale but total sales were over $2400. A big thank you to everyone who worked so hard to make this a very successful event. Special thanks go to Melissa and Robert for chairing this event. It took team work to make this event wonderful from the hospitality ladies, to members working the check-in tables, members working the auction tables, and our treasurer taking payment. Thank you again.

History of the Easter Bonnet

If a hat is a piece of magic, one can only assume the otherworldly qualities of a bonnet. Composer Irving Berlin brought the Easter Bonnet into American pop culture in 1933 with his ballad “Easter Parade,” a chronicle of the annual Easter Sunday pilgrimage from St. Patrick’s Cathedral, down Fifth Avenue in New York City.

In the English tradition, the notion of getting new clothes on Easter to signify inner growth and renewal dates back to Shakespeare. Following forty days of Lent, filled with drab outfits reflective of a collective “abstention,” Easter Sunday lifts the fog not only in spirit, but also in our wardrobe.

In the States, it wasn’t until post-Civil War society, towards the latter 1870s, when women and children marching in Easter Parades replaced dark-colored mourning smocks with brighter clothing. By the early twentieth century, Americans became more and more invested in the Easter outfit—the hat, in particular. Because Easter coincides with seasonal fecundity, women garnered fresh flowers to wear in their hair and in their bonnets. Lilies, daffodils, azaleas with their red, pink or even crème colored blooms, Hyacinths, purple and white, as well as pussy willows and red tulips are considered traditional Easter flowers.

If fresh flowers weren’t available, women would adorn hats with flowers made from paper, as well as ribbon, fabric feathers, sea shells and pine cones. The popularity of the Easter Bonnet peaked in 1948 when Judy Garland serenaded Fred Astaire with Irving Berlin’s “Easter Parade” in a film by the same name. In this number, Garland, who dons a white organza Derby Hat with pink and violet rosettes, makes there seem no place as grand on Easter Sunday as Fifth Avenue in New York City. By now, the Easter Bonnet has become a relic, albeit a delicate and artisanal one, of cosmopolitan splendor.

Easter Bonnets can be whimsical, fantastical, with a hint of fabulist narrative, whether religious, seasonal or cultural, all adding to the magic of the hat.

“The first of April is the day we remember what we are the other 364 days of the year.”

“Anyone who has a bulb has spring. Bulbs don’t need much light; they don’t need good soil; and they don’t need cosseting. They are, in fact, the horticultural equivalent of cats; self-contained, easycare, and supremely suited to living in New York.”

“I love spring anywhere, but if I could choose I would always greet it in a garden.”

“Every spring is the only spring – a perpetual astonishment.”

“I think that no matter how old or infirm I may become, I will always plant a large garden in the spring. Who can resist the feelings of hope and joy that one gets from participating in nature’s rebirth?”